Eyes on Animals was informed of a badly injured fish that was floating in an Amsterdam canal but still breathing slowly. The fish had a deep bloody gash on his side. The man who found the fish said that the fish had been like this for already 24hrs and always in the same place (in between a boat and the side wall of the canal). Eyes on Animals called the Animal Ambulance, but was told that they would need several hours to come and did not know how to handle fish. We went to the scene and found the fish suffering horribly and decided that the only thing to do was to humanely and quickly kill him. The fish likely suffered from being hit by the blade of one of the many canal boats. 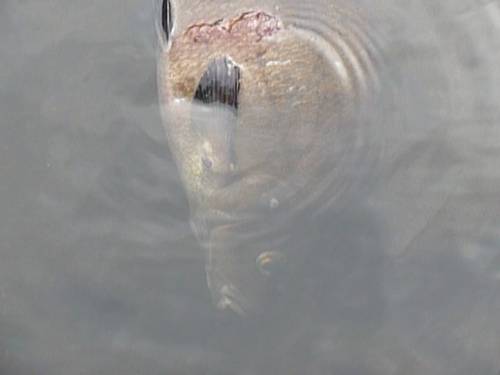 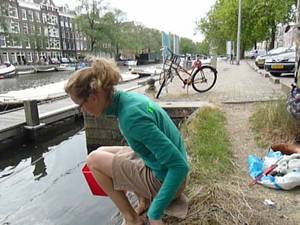